All over the map – quite literally! 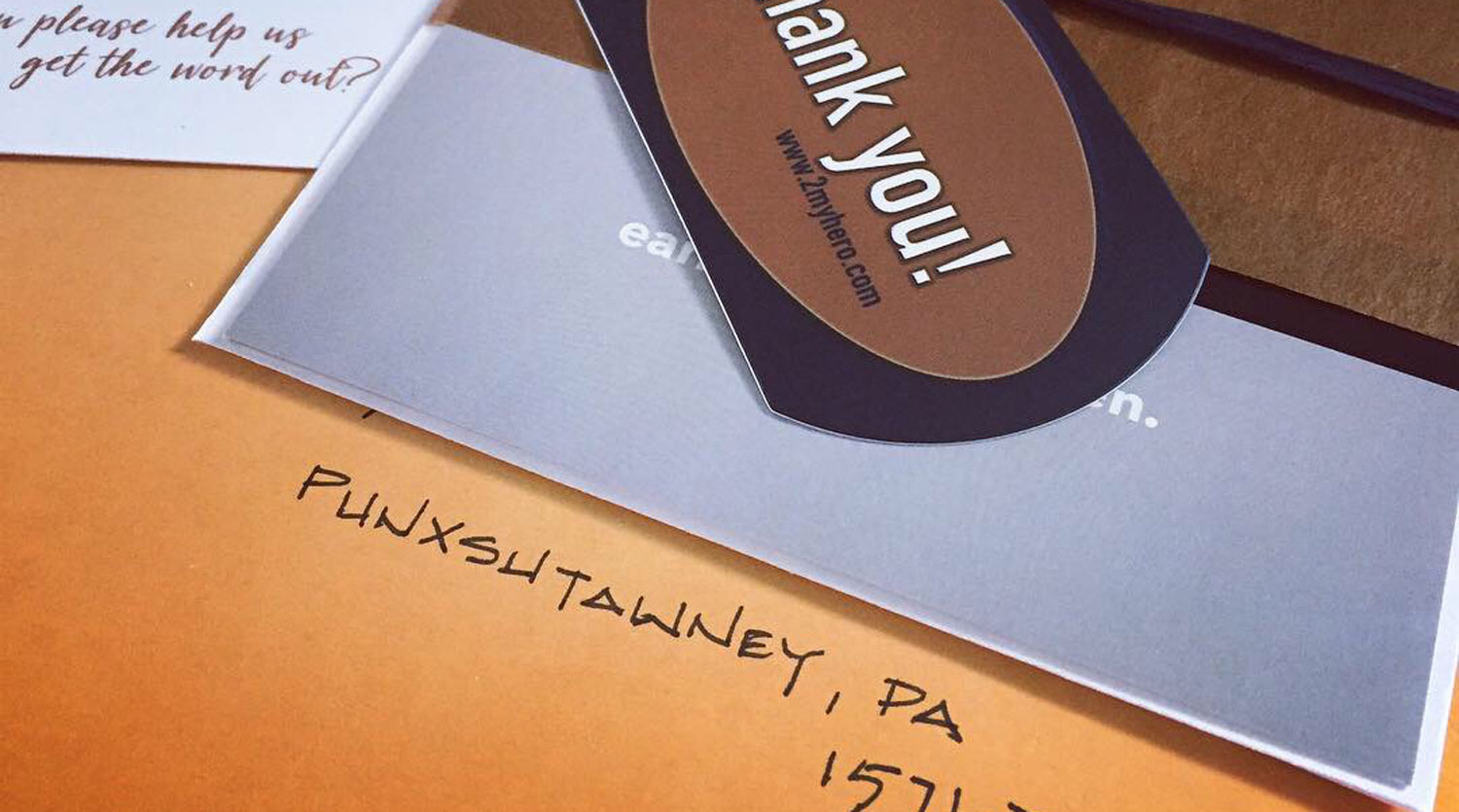 2MyHero receives orders from all across the United States. From the Northwest corner of Washington State to the Southwest shores of Florida and most states in between. If you’re curious, the only states we’ve not yet received orders from are Montana, Idaho, Wyoming, Arkansas, Vermont, and Rhode Island.

The highlight for me this week was an order that came in from Punxsutawney, PA. The name probably wouldn’t stand out so much to me if it weren’t for the fact that I’m a big fan of Bill Murray, and we own a copy. We bought Groundhog Day originally in VHS format, but it’s one we love so much we bought it on DVD later. It’s been one of our “go to” movies when we need a good belly laugh.

The order I received was for Earned Never Given, one of our popular cards for US Marine Corps. It’s just one of the phrases unique to the Marine Corps that makes Marines and their families so proud to be a part of this branch of our Armed Forces. They work hard to earn the title Marine. The title is treasured for many reasons, and that is just one of them. The loyalty within the brotherhood of Marines is something that continually fills me with awe. It’s tight!

I’m not sure I can find any connection between Punxsutawney and this specific card except that Punxsutawney also has an amazing level of loyalty on its own turf. The Groundhog Day tradition is attended live and followed online by literally thousands of people. It’s not just something Bill Murray made up. It’s a real thing! 25 years after (good grief has it really been that long?!?) Bill Murray introduced many of us to this tiny town in Western Pennsylvania their annual event continues to draw attention from a worldwide audience.

To my knowledge, Gobblers Knob does not have quite the household familiarity that Punxsutawney has. That aside, the fact that you can find this annual event on YouTube shows us that it is a “thing”. Just this one CBS News post of 2019’s event got almost 600,000 views!

I’ve never been to Pennsylvania, but if I get the chance to go to this historic festival I will jump at it. I am curious if anyone has tracked the accuracy of Punxsutawney Phil’s predictions? Do you know? Let me know in the comments if you have any info on this.

One thing I’ve heard many military members say they enjoyed about their time in the service is the places they got to go to. Other than some of the Vietnam Vets I’ve talked with, the only military member who wasn’t very fond of his deployments was a submariner. He spent a lot of time down deep underwater. He did get to a few interesting ports, and has some great stories. That’s for another blog.

I’m really enjoying this grown-up lesson in geography. I love putting the colored flags on the map. It’s fun to imagine the little towns and communities I’ve had the privilege of helping to encourage and support. They send their finest out into the world to do good and protect our country.

Thank you to each and every one of you reading this whose son, daughter, husband, wife, neighbor or friend is currently or has previously served. It’s not a glamorous road. It can be incredibly painful and sad. It can be much like a roller coaster with its own unique ups and downs.

Whether you live in a large or small community, a community well known or never heard of by anyone beyond 100 miles of you, YOU are the community behind our forces. Your support is crucial to those you know, but even those of us who don’t know you personally benefit from your efforts. Stand strong!

← A Childhood Favorite Re-invented What does the future hold? →