Everything is coming up roses 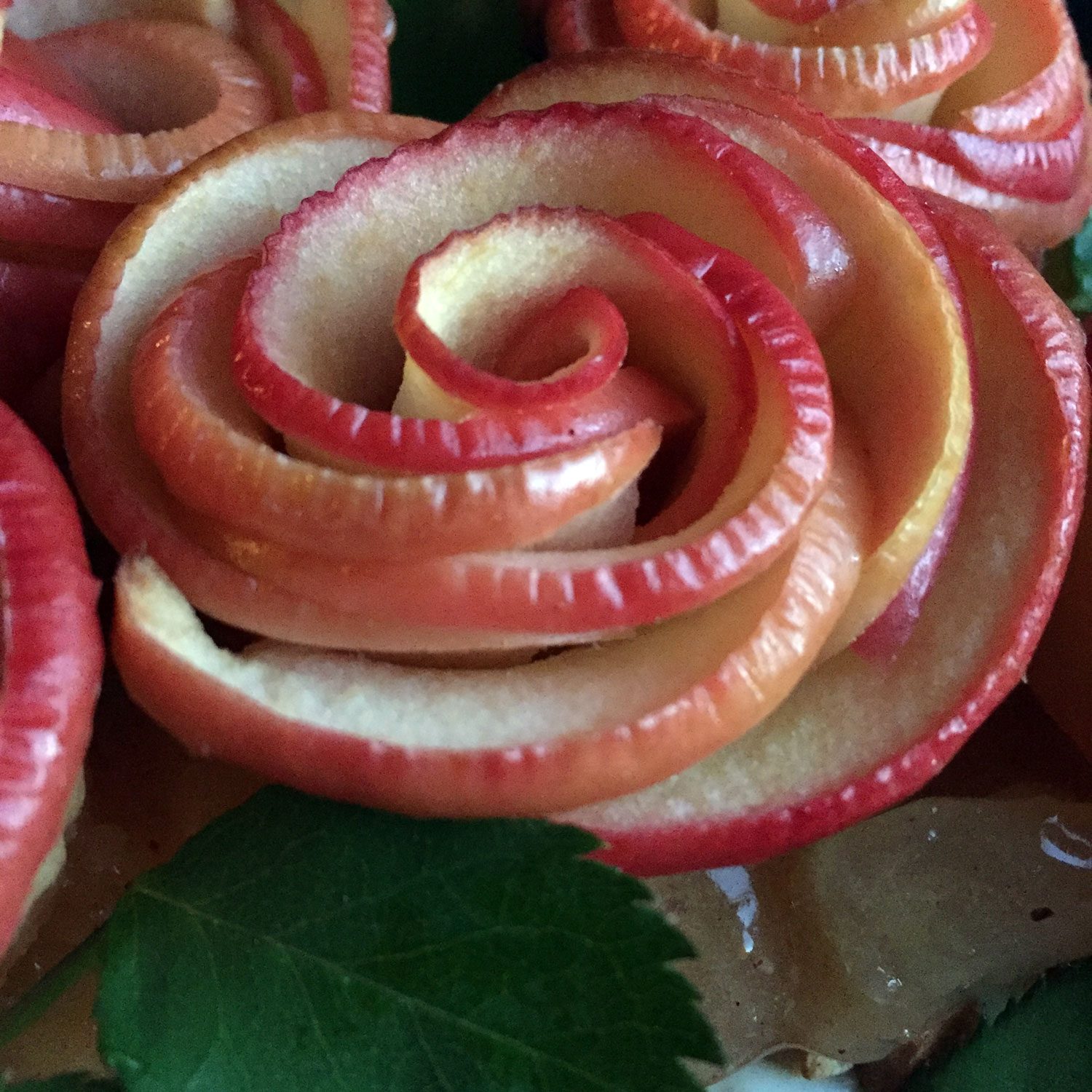 It seems fitting that since I have lived in Portland, Oregon most of my life that I have a thing for roses.

If you’ve never been to Portland, we call it the city of roses. For over 100 years the city has hosted a Rose Festival complete with a parade with stunning floats and bands, military ships docked on the waterfront and a variety of activities in and around the waterfront.

Since 1912 The Royal Rosarians have been the “Official Greeters and Ambassadors of Goodwill for the City of Portland”. A friendly group of both native and non-native Oregonians they are well known for their cream suits and straw hats.

From the police vehicles to the Washington Park Test Rose Garden, you will find some kind of rose image on all kinds of things associated with this fair city.

Personally, I’m not an avid rose grower. I have a couple in my yard, but they do require some special attention to keep them looking lovely. Special attention my roses don’t get. I’m a “hardy plants” gardener for the most part. Black spot is so annoying as are aphids. There just aren’t enough ladybugs around to eat them all!

Roses are beginning to bloom here, but June is really peak rose season. It is truly amazing how many varieties have been cultivated. Colors, scents, sizes – the range is stunning! But, pretty much all of them come with thorns. It’s those prickly pain givers that have always made me wonder how the phrase “Bed of roses” ever came to mean soft or easy. It must have meant something earlier on. If you know the original source I invite you to comment below!

But I do love roses and recently have been branching out to the culinary world and creating roses out of things like apples and potatoes. Like the most recent MRE Remix – Bed of Apple Roses where I incorporate an MRE Marble Pound Cake and MRE Apples in Spiced Sauce into an edible bed of “roses” made with apples.

I had saved the Apple Roses pin a long time ago and had been wanting to give it a try. As I was pondering ideas for MRE Remix it bubbled back up to the surface and I decided to go for it. I followed THIS ONE, with the exception that I did half the recipe and had plenty of the soaking mixture for one apple, which made 6 roses.

The trickiest part of making these little beauties is, of course, slicing them as thin as possible. I have a mandolin but decided I would enjoy better results with a knife. I think that was a good call on my part. If you are handy with a mandolin let me know your tips/tricks!

The apples were not hard to handle. It does take a little patience, but they are pretty forgiving as sculpted food goes. I chose to make them without pastry to use just on top of my creation, so I made them in a mini muffin tin. They held together just fine after cooling. I picked them up and moved them around a fair bit and they stayed intact.

The foundation or “ground” for these roses is a gently flattened Marble Pound Cake that I trimmed and covered top and bottom with melted white chocolate. The top layer of chocolate is studded with chopped walnuts. Once it was cool and solid I layered on the MRE Apples in Spiced Sauce packet.

It is my personal opinion that the packet of Apples in Spiced Sauce is delightful. So much more pleasant a way to eat apples on the go than applesauce! I haven’t seen comments, but I would imagine these are well received by our military troops. If you’ve tried them, comment and let me know what you think of them!

In general, white chocolate often gets little attention compared with dark or milk chocolate. But in this dessert, you really shouldn’t substitute it for either of those. It really pairs perfectly with the apple and cinnamon flavors. The only thing you want to be sure you don’t do is serve it cold. It will be terribly hard to eat. I suggest instead warming it a bit just before adding the “roses” and serving. Creamy white chocolate and the other flavors all together . . . delicious! 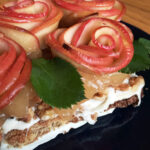 Fully edible and NO thorns! This dessert is a showstopper!

This blog is heavily focused on MRE Remix on YouTube, which may leave you wondering how this all ties in with 2MyHero military greeting cards? Great question!

I started doing MRE Remix last fall partly because I was intrigued by MRE’s. Partly because almost every military member I’ve asked said MRE’s taste horrible. Partly I was wondering if any good could be cultivated by bringing the civilian and military culinary worlds together as a way of creating better understanding and empathy between civilians and military members.

It’s hard for us civilians to understand what life in the military is like. I’m an Anne Shirley fan at heart, and believe that the “culinary arts also feed the soul”. I asked myself, “Could cooking with MRE’s give me (and possibly others) a greater appreciation for and vocabulary to converse with the military people I know and love?”

I believe the answer is “YES”. The troops I’ve talked with about the recipes I’ve created has initiated some very fun and informative conversations. They have been quite taken by surprise that anyone would even care about what they have to eat, much less try to cook anything with it.

I’ve never liked cooking for on-the-go situations. It was incredibly challenging for me to feed this family of 4 when there were sports or other activities that required packing healthy, portable, AND tasty food. I applaud the makers of MRE’s in their efforts to create better tasting and more varied options for food on the go.

I hope you’ll check out the full 2MyHero line of military greeting cards and find designs that you can use to bridge the distance when you are separated from your military someone. I also hope you’ll give MRE Remix a try as well when you have the opportunity to cook for your military someone. Let the food be the source of nourishing both of your souls as it opens up conversations to better relate to and understand each other.

Besides creating MRE Remix and running the 2MyHero business I also volunteer with the USO here in Portland. I am signed up to ride in on one of the US Navy ships coming this year to Portland’s Rose Festival. Unless that falls through, you’ll be seeing a blog on that adventure in about a month.

Another blog post in the works is one with roses made with potato slices and nestled on the Menu 19 MRE Beef Patty with Jalapeno. Check back for those, and check out my online cookbook updated monthly with the recipes from MRE Remix.