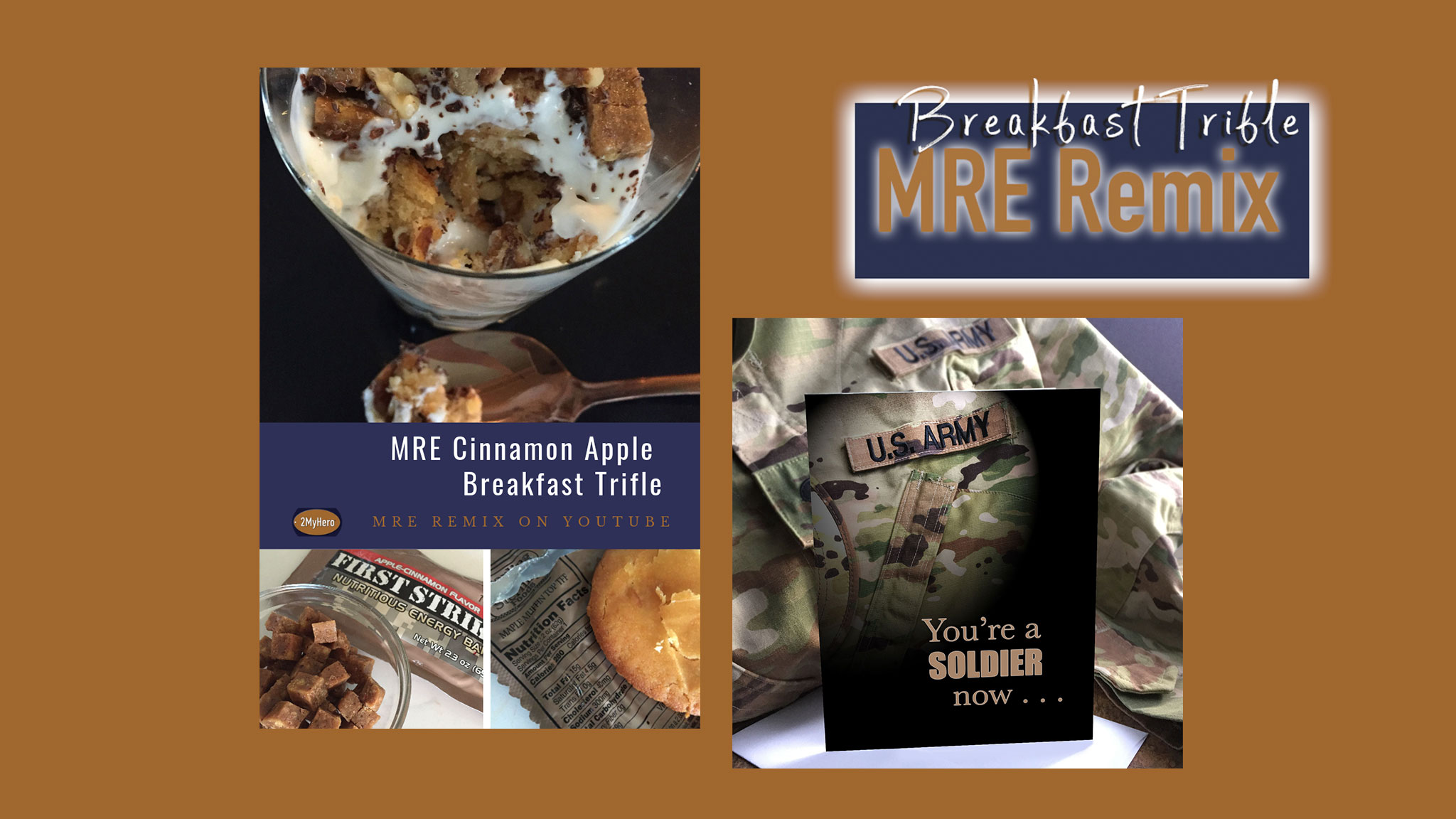 This week on MRE Remix I combined several different MRE items into a really delicious treat. I usually taste whatever I make, but I don’t usually end up eating the whole thing. This one was so tasty, I ate the whole thing!

Admittedly, I’ve been inspired recently watching last year’s run of the Great British Baking Show. While Trifle wasn’t in the script, I am familiar with this classic British dessert, and when pondering ideas for MRE Remix it came to mind. I’ve always thought of Trifle as an elegant dessert. At least when it’s presented. I don’t think it’s quite as pretty once you dish it up, but you do get all those lovely flavors together. So, trifle is in and of the kind of dessert that is when made well is both beautiful and delicious.

Originally, I had wanted to include and an MRE Raspberry Applesauce in the mix. But when I tasted the MRE Cinnamon-Apple Energy Bar the cinnamon was just too strong! I knew it wouldn’t play nicely with the raspberry. So, I’ll have to wait on the raspberry version. Maybe I’ll circle back around to that sometime in the future.

Chocolate works with almost everything, so that’s always an easy way to add a touch of yum. When you grate it, it becomes even prettier! Personally, my bent runs toward dark chocolate, but for those who favor milk chocolate, go for it! I don’t think you’d want to skip the chocolate on this one. It adds a very nice element and helps with balancing the cinnamon in the energy bar.

The MRE Maple Muffin TFF does have a subtle maple flavor. You can taste it, but it’s not overpowering. So really, the muffin is just adding the “cake” presence for this breakfast adaptation. In place of the whipping cream, I’ve used coconut yogurt. You could easily use vanilla if you’re not a fan of coconut, and I’m confident it would work very nicely as well. Just don’t go with plain, unless you are trying to cut sugar out of your diet. I think it would be too stark!

As with actual Trifle, this is all about the layers. Be sure to create your MRE Breakfast Trifle in a glass dish, I used an 8oz juice glass. If you are using a larger dish, you can add more of any of the ingredients to fill it. Or even add in something else that sounds good to you. Be sure to let me know in the comments if you try this. I’d love to hear what works (or even if it doesn’t, let me know that too!).

Every week, my MRE Remix creation is paired with 2MyHero product. If your military someone is far away, give one of these recipes a try, and send them an encouragement card from the 2MyHero line and let them know about how you are trying to gain a bit of understanding of what their life in the military is like.

Be careful how you phrase this. Obviously, as a civilian, it’s impossible to fully walk in their boots. But don’t let that stop you from making an effort to better understand their military world. If you aren’t already, get good at asking questions. Let them tell you what MRE’s they like or don’t like, and let that be a conversation starter that brings you closer together!

Here’s where I get a little sentimental – the whole reason I started 2MyHero is that my nephew joined the US Army after trying college and finding himself in debt and not in the groove. The US Army was a great decision on his part. But with that also came a deployment to Iraq. While he was gone, it was the first time I had looked for military greeting cards to send him. With all that is out there for greeting cards in general, there is relatively little for the military sub-set of our society.

2MyHero is licensed with all 5 branches of the military, but our licensing with the US Army just came through at the end of 2018. I’m so excited to be releasing US Army cards! My nephew has been a big help with bouncing ideas off him, as well as it’s his ACU used in the photographs. You’ll see more of him in the future.

This newest release includes individual and mixed packs of cards available both on our website and on Amazon.

Sign up for our newsletter and get a discount code for 20% off your order on our website. You’ll get up to date information about new products and special deals. Let 2MyHero help you stay connected with the ones you love who are serving in any branch of the Armed Forces.

You can also find us on Pinterest, Instagram or Facebook. We’d love to meet you in cyberland and learn more about what you need to help you stay connected with your military peeps. 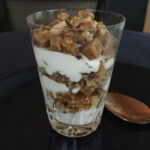 Comment below about how 2MyHero military greeting cards have helped you encourage and connect with your military loved one! Let us know how it made them feel and how it helped you stay connected with them. Of course be mindful of OPSEC, and don’t give any specifics or details that would be potentially harmful to put out on the web.